How to Develop Children’s Emotional Intelligence

Following up on the topic of temper tantrums, in this article we are going to discuss what to do not during the emotional crises, but in the calm moments in-between.

While the child is going through the tantrum, overwhelmed by strong emotions (and we are struggling not to be overwhelmed ourselves), we can only rely on “lifelines” such as staying calm, secure boundaries and empathy, and wait for the emotion to subside.

However, holding onto a lifeline doesn’t mean that the storm won’t break out again. What can actually reduce and stop tantrums is the child gradually learning how to control their emotions, instead of the emotions controlling them.This happens most effectively when the child is calm and can think rationally. At that point we are presented with the priceless opportunity to develop the child’s emotional intelligence, or in other words, the ability to understand and manage one’s emotions.

Why is emotional intelligence so important? A number of studies have shown that it's directly related to cognitive intelligence and academic success. The brain of a child who is anxious, angry or scared simply doesn’t have the full potential to learn. On the other hand, the more adept a child is at managing their emotions and emotional reactions, the easier it will be for them to cope with studying, school requirements and social relationships.

Here are 4 ways, in which we can cultivate children's emotional intelligence. The good news is that it's all a matter of practice. Repetitive actions activate and strengthen certain neural “pathways” in the brain, and so they become more likely to be used in the future. We can start working purposefully in this direction as early as the infant stage. Whether through stories, songs, games or roleplay - the most effective ways to limit the feared tantrums are actually easy and fun.

A simple and fun exercise for developing emotional intelligence is the mirror game. Name an emotion and act it out with your child as artistically as possible while looking in the mirror. Take turns thinking about emotions and demonstrating them. Try to guess which emotion the other one is performing. Nowadays, instead of a mirror, we can use the selfie camera on our phones and do a fun photo session with different emotions.

When a child is on the verge of an emotional crisis, we often just resort to repeating "Calm down, calm down." As much as we wish it worked, however, this approach rarely has the needed effect. A child won’t be able to calm down on their own, unless we’ve taught them how to do it beforehand.

Therefore, it’s best to prepare your child in advance about what to do when big emotions start to take over. Here are some techniques we can practice with children:

At about 18 months toddlers begin to do pretend play. Roleplaying with toys that are going through temper tantrums is an ideal opportunity for children to practice how to deal with their own emotions. This allows them to see the situation from outside and come up with a solution that would be pretty hard to reach if the tantrum was real. Plus, we can always suggest a solution if they can’t think of one.

So let's play pretend with children. We can play out a scene in which the doll is very angry because it can't watch TV anymore, or in which the toy car is having a fit because it doesn't want to return to the garage yet. Just recreate the moments that most often upset your child. It’s a good idea to assign one of the toys the role of a magic wise-man or wise-woman, defender or comforting friend.

Older children don’t need the help of toys - they can directly become the "actors" in roleplaying. A favourite role for them is often that of the adult, who has authority to make the rules and maintains order. Let the child pick their role and be as animated as possible.

Stories are a great tool to find a common language with children. They allow us to explain otherwise complex processes with accessible concepts, as well as to discuss difficult topics in a playful and non-judgmental way. That's why Dr. Daniel Siegel, author of “The Whole-Brain Child”, suggests that we tell children the tale of the two-story house, which actually represents how the human brain works.

As we already discussed in detail in our articleHow to React to a Temper Tantrum, the brain can be roughly divided into 2 parts – the upper "thinking" brain and the lower "feeling" brain. Hence, the house has 2 levels – upstairs and downstairs. Upstairs live calm, sensible and logical creatures, while the inhabitants of downstairs are emotional and spontaneous creatures with strong instincts.

There is a door connecting the floors, which is usually open and allows the creatures to work together. However, in the event of a threat, whether real or imagined, the door slams shut and the creatures who live downstairs take control of the whole house. The sensible voices from upstairs remain silenced.

The Platform for Mental Health has made the tale in Bulgarian even more vivid, by adding illustrations and characters such as “Calm Gosho” or “Ivan Panikata”. See the whole story here. Children can colour, cut, draw or craft the house and its inhabitants as additional exercise.

How children learn about emotions through play? A presentation by Mariana Donkova, Parent Academy 2017. https://www.youtube.com/watch?v=VWvVqD_hnX8

Cover photo by Tengyart on Unsplash 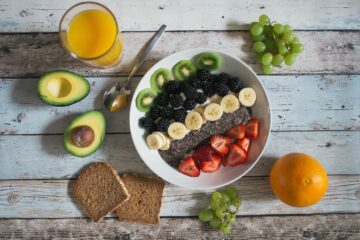 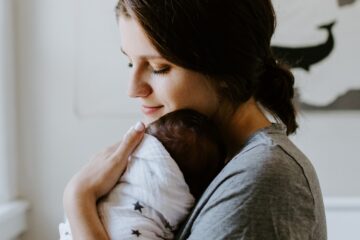 The Special Bond Between Mother and Child is Built Gradually

The bond between mother and child is extraordinary and very special. This bond is the foundation of human life. It is the first thing the baby knows in the womb and its first contact with the world outside. Read more…